In the second installment of modifications under Senate Bill 1200, we will be looking at how the new law affects jail terms for regular, extreme, super extreme DUI as well as other changes for regular and extreme DUI.
With the new modifications in the law an individual who is convicted of a first offense non-extreme DUI is only required to serve one day in jail. This is a modification from the previous law which stated that an individual had to serve 24 consecutive hours in jail. This means that judge can give an individual credit for any time and they were placed in holding cell, any time that they were with the officer during the booking process, or any time they spent in one of the DUI vans.
An additional modification that Senate Bill 1200 allows is that an individual is not entitled to a jury trial for a first offense not extreme DUI.   This means that an individual facing a trial will leave his or her faith up to a judge’s ruling to determine their innocence or guilt. This is a deviation from before, when all DUI offenses were jury trial eligible. 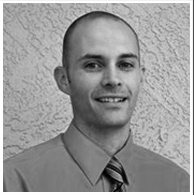 In addition to modifying the 24-hour rule as well as the jury trial rule, Senate Bill 1200 allows for an individual convicted of extreme DUI to have all but nine days of his or her sentence suspended if that person installs a certified ignition interlock device for one year. If an individual is convicted of a super extreme DUI, all but 14 days of that sentence can be suspended if the person installs a certified ignition interlock device. A person who was convicted of a second offense DUI or an extreme DUI is also eligible for installation of the certified ignition interlock device after a 45-day driver’s license revocation.
From a practical standpoint Senate Bill 1200 reduces the total amount of time that an individual is required to spend in the county jail. From a financial perspective this is great news for those individuals convicted of a DUI.  If you find yourself charged with DUI, feel free to contact our law firm at 480-331-7568 for a free case evaluation.
Back to Blogs