I’ve been convicted – now what? 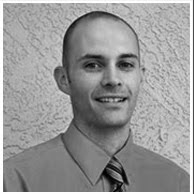 When an individual is convicted of a crime they have two major avenues in which they can go about trying to overturn that conviction. Individuals convicted at a trial I have appellate rights to be able to appeal certain aspects of the trial including: the admission of certain evidence; the judge’s ruling to allow certain testimony; and other ruling at the trial. When an individual accepts a plea agreement the only relief that they have falls under Rule 32 of the Arizona Rules of Criminal Procedure. Ineffective assistance of counsel, and writs of habeas corpus are both treated under rule 32 postconviction relief.

When an individual decides to appeal a conviction that appeal is heard by a higher level court than the one that heard the case.  For example an individual who was convicted in either a justice court or a city municipal court would appeal that conviction to the county Superior Court. An individual convicted in Superior Court would appeal any conviction to the Arizona Appellate court and from that court to the Arizona Supreme Court.  The only appellate relief after the Arizona Supreme Court is at the United States Supreme Court, which takes very few cases. Individuals who wish to appeal criminal convictions must file a notice of appeal with the court in which they were convicted within 20 days after the entry of judgment and sentence.

The petition for post-conviction relief filed under rule 32 is considered to be part of the original claim for the original case. In that sense it means that the original court where the conviction occurred will hear the postconviction relief motion. In filing for post-conviction relief there eight grounds in which postconviction relief may be granted. The first is that the conviction of the sentence was in violation of federal or state constitution. The second is that the court has no jurisdiction to render judgment while the third is that the sentence is a legal. The fourth is that the defendant is being held in custody after the sentence imposed has expired and the fifth includes newly discovered evidence. The sixth ground is if an individual missed their time to file a Notice of Appeal which was not their fault.  The seventh includes if there is a significant change in the law that would’ve applied to the individuals case which in turn would’ve probably overturned any conviction. The final ground for relief is if the defendant demonstrates by clear and convincing evidence that the claim was such that no reasonable fact finder could have found the individual guilty beyond a reasonable doubt.  There are multiple ways to challenge a case after conviction.  If you been convicted of a crime and are looking to follow post-conviction relief or an appeal please contact my office at www.criminaldefenseattorneykg.com or by giving me a phone call for a free case evaluation at 480-331-7568.