After much delay we’re finally back with a blog post. This week’s post, we’re talking about the new Supreme Court decision in Missouri v. McNeely decided in April of this year.
In the McNealy case a driver of an automobile was stopped for speeding and crossing the centerline. He declined to take a breath test or any other measures to determine his alcohol concentration.  Instead he was taken to a nearby hospital for blood test by the police. The officer never attempted to secure any sort of search warrant prior to the technician taking McNeely’s . The sample revealed that he was above the legal limit. 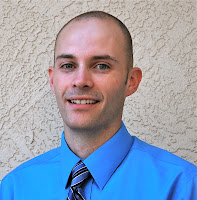 In court, McNeely moved to suppress the blood results arguing that taking his blood without a warrant violated his fourth amendment rights against search and seizure. The case made its way through the various appeal levels to reach the United States Supreme Court where it was decided in April. The Supreme Court ruled that during a drunken-driving investigation the natural dissipation of alcohol in the bloodstream does not constitute such an exigency to allow police to obtain a blood test without a warrant.  The court reasoned that although there are exceptions to the fourth amendment right against search and seizure warrant requirement, when officers in a drunk driving investigation can reasonably obtain a warrant before drawing blood the fourth amendment mandates that they do.  However the court did note that each case needed to be evaluated on a case by case basis and that factors such as the inability to obtain a timely warrant would need to be considered.

What does that mean for those of us living in Arizona? Unfortunately, not too much. When drivers refuse an alcohol test in Arizona most officers will obtain a search warrant before taking that individual’s blood.  This has been the requirement and method used by officers for years.  So the McNeely decision does not change the status of Arizona law significantly.  Also, if you refuse a blood or breath test, your license will get revoked for 1 year. Therefore if you’re ever faced with this situation, simply consent to the blood test because the officers likely going to get the blood regardless through a warrant. Then you won’t have the consequences of losing your license for a year.If you have been charged with a crime state of Arizona and would like a free case evaluation please contact my office at www.criminaldefenseattorneykg.com or by calling at 480-398-1498.