What Happens When You Fail to Appear in Court?

Do you wish you could change your driver’s license picture? What if the DMV allowed you to upload your favorite selfie and use that?

That’s the mentality of one wanted man in Ohio. Instead of his mugshot, he asked the police to use his selfie.

The 45-year old failed to appear in court after being arrested for a DUI so the city police posted his mugshot on Facebook to let the public know to be on the lookout. The accused saw the post and promptly responded to police with a message that read, “Here is a better photo that one is terrible,” and attached a selfie that shows him in a suit and sunglasses in the front seat of his car.

The Washington Post confirms that the man is still at large and spoke with a local radio station saying simply, “I just chose not to go.”

While this man has a quite the sense of humor (and reportedly a lot of swag), by failing to appear in court he might be opening himself up to another felony or misdemeanor charge. 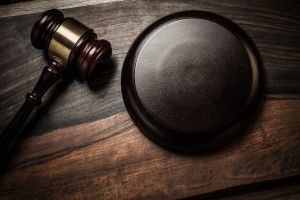 What will happen if you fail to appear in a court proceeding in Arizona? Criminal Defense Attorney Kyle T. Green explains.

Under ARS 13-2506 and ARS 13-2507, Arizona can issue bench warrant arrests to be issued for “failure to appear” for a court appearance. Typically these warrants stay in effect until the defendant has been arrested or taken into custody.

As a criminal defense attorney and former prosecutor, I handle arrest warrant and postponement of court date issues on a regular basis for clients. My guidance and representation are personalized for your case. I worked aggressively and tirelessly on behalf of those I represent. Call 480-331-7568 anytime to schedule a free, no-obligation consultation.